Back in 2016 I found an strategy I have been following since. This trading system is based on an index z-score. The z-statistic is the number of standard deviations of a single point from the data’s mean over the lookback period chosen.

The study was done in different shares from the S&P600, and was profitable in 533 of them  during the 13 years the trading system was tested. Moreover, it showed an 69% winners trades with and average gain per trade of 0.95%. 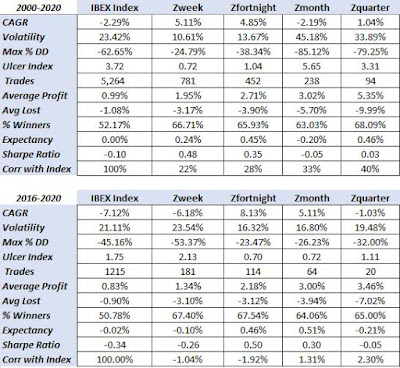 The results are shown from 2000 until September 2020, and for the last 5 years.
As you can see, all different Z-periods used show better results than the Index in both time periods. Moreover, the indicator calculated every fortnight shows very stable results in both tables; proving to be the best during the last five years and second best for the whole period.
The equity curves for the best two indicators in every period, with the Index, are shown below: 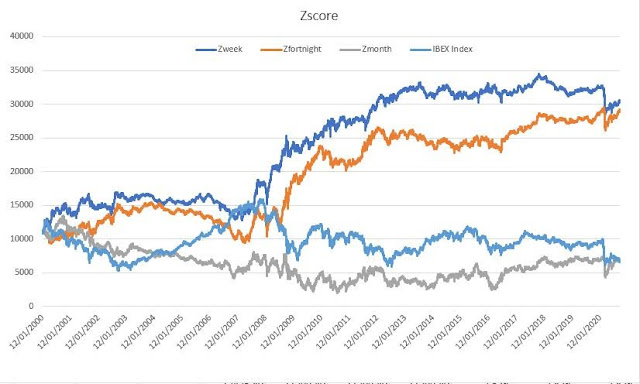 Would you trade it? Probably not. You, and probably no one, would have followed an strategy with a -38% drawdown from years 2004 to 2007 when the Spanish Index Ibex 35 almost double.

But probably it would be a good start for something better…